Persians on the Net 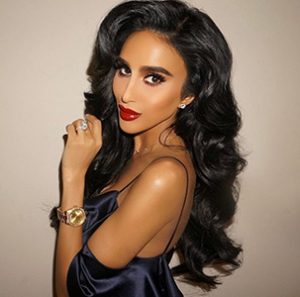 Lilly Ghalichi is a Persian American fashion designer, attorney, blogger and reality star with over 3M followers on social media and a net worth of over $50 million. Lilly Ghalichi rose to fame as a cast member of Bravo’s reality television show The Shahs of Sunset. She is the founder of “Lilly Lashes” which revolutionized the World of false lashes by creating “3D Lashes” which is also currently sold at Sephora.

She was born in Houston, Texas in April 1983. Her real name is Neelufar Seyed Ghalichi. While Lilly Ghalichi may look like a “Persian Barbie” with her long skinny legs and skimpy outfits, she is much more than meets the eye. In addition to being a knock out, Ghalichi is also an attorney, fashion designer, and blogger. Ghalichi is originally from Houston but moved to Los Angeles after passing the bar exam. Instead of pursuing a legal career, Ghalichi knew that her passions were in the fashion world.

MAX AMINI, born in Tucson Arizona, from a Persian heritage, was raised on the East Coast and graduated from UCLA’s school of Theater, Film and Television in 2004. As an actor, Max has over 50 film and television credits including NBC’s Heroes, regular appearances on Comedy Central’s Mind of Mencia, and a leading role in the upcoming feature film Beyond Paradise.

While in college Max launched his standup comedy career in 2002. He quickly built a reputation as one of the fastest growing comedians in the Los Angeles comedy circuit. In 2006 the world-famous Laugh Factory in Hollywood recognized Max’s brilliant performances, hard work, and dedication to his craft and made him a resident comic. In 2009 Max was chosen as one of the finalists for NBC’s Diversity Showcase. He would later use this experience to develop a stand-up comedy tour in 2010 named “Exotic Imports” featuring second-generation Americans coming from diverse cultural backgrounds. His tour was very successful and sold out across the country.

Max is now headlining his own shows and has taken his tours internationally selling out around the world in Canada, the UK, Australia, Germany, Dubai, Sweden, Kula Lumpur… To accommodate his growing fan base, Max often adds additional shows to his world tours. His online presence also persists, and his YouTube channel has garnered over 10 million views as of today.

Through an array of eccentric impressions and novel storytelling, Max’s comedy delivers a strong message about family ties, cultural trappings, and social topics, but what really sets him apart is his uncanny ability to improvise on the spot. This makes him such a unique entertainer that it’s not uncommon for audience members to sit through two Max Amini shows in one night and experience two completely different performances.

Melissa Shoshahi is an award winning stand-up comedian, actress and writer. She tours all over the country and world, bringing her witty personality to the stage knowing no limits when it comes to comedy – culture, relationships, world views and race are all fair game. Famous for her spot on Kim Kardashian impression, Shoshahi originally hails from Seattle, Washington and is the first Iranian-American female comedian to be touring all over the nation. She was on WhoHaha’s Top Female Comics of 2018, she has also been featured on Laughs on Fox, All Def Digital, Nickelodeon, Fusion TV, and has acted in a myriad of independent films. Shoshahi has accumulated millions of views online with sketches and stand-up clips that have gone viral. She also uses her platform to raise awareness about Epilepsy.

“I want to bring peace through laughter. I’d love to share my jokes with the world and also inspire other women who may have always wanted to perform but who have been culturally deprived or too scared to step up and get out there too!” -Melissa Shoshahi 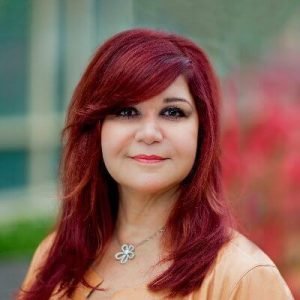 Mitra Azizirad is the Corporate Vice President for Microsoft AI where she is responsible for defining and accelerating the productisation of Microsoft’s portfolio of AI innovation, and shaping and driving the perception of Microsoft AI. Mitra leads Microsoft’s vision to democratise access to AI, empowering developers to innovate, industries to transform, and ultimately empowering every individual to transform society with AI.

A 27-year veteran of Microsoft, Mitra has held key leadership positions at Microsoft across a wide array of technical, marketing and sales functions, both in the field and corporate. Prior to Microsoft, she held technical leadership positions at the National Association of Securities Dealers (NASD/NASDAQ), and International Telecommunications and Satellite Organisation (Intelsat). 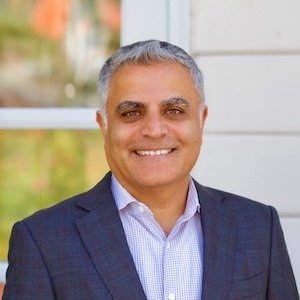 Mike Moghaddas represents Northwest residential and commercial properties in the Greater Seattle area and is known for his expertise working with a rolodex of clients around the world.
With recent trips to Davos, Switzerland, where Mike served on the panel at the World Economic Forum, and to Shanghai, China, where he appeared at the Luxury Property Showcase, Mike has connected with some of the most elite business leaders, CEO’s, Ambassadors and Businesses across the globe.
Mike has built his business on repeat referrals from gratified clients through his exceptional service, innovative luxury marketing, unsurpassed national and international reach and respected and trusted reputation worldwide.
Mike and his family are long-time residents of Kirkland, WA and active in many local charitable organizations. 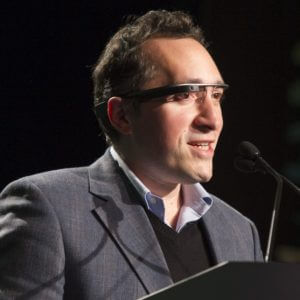 Babak Parviz is a Vice President at Amazon.com. He received his BA in Literature from University of Washington, BS in Electronics from Sharif University of Technology, MS in Physics from University of Michigan, MS and PhD in Electrical Engineering from Univ. of Michigan; and completed his postdoctoral fellowship in Chemistry and Chemical Biology at Harvard University.
Prior to joining Amazon he was with Google as a Google Distinguished Engineer and a Director at Google [x]. He is the creator of Google Glass. He founded, built, and led the Glass program till 2013, founded the robotics surgery program (now an independent company, Verb Surgical), and co-founded the Smart Contact Lens program at Google (now a joint collaboration with Novartis). He co-invented the biosensing technology resulting in the founding of Claros Diagnostics Inc. (acquired by OPKO). His research, engineering, and development interests span novel computing and communication paradigms, high-tech with social impact, bionanotechnology, bioengineering, MEMS, nano-scale devices, and photonics.
His work has been put on display at the London Museum of Science and has received numerous recognitions and awards including National Science Foundation Career Award, MIT Technology Review 35, Time magazine’s best invention of the year (2008 and 2012), IEEE CAS Industrial Pioneer Award, Your Health Top 10 Medical advance of the year, and About.com top invention and has been reported on in thousands of articles worldwide. He was selected by Ad Age as one of the 50 most creative people in the United States. Last year he received the University of Michigan Bicentennial Alumni Award.